We are here to celebrate the 10 years of the open sourcing of VideoLAN and VLC.

10 days of surprises, ideas and stories will pop up here.

Most people know VLC, but they don't know the history of the VideoLAN project.

Well, they don't even know what VideoLAN is, and that we are not a company...

Today is the 10th anniversary of the switch to GPL of the VideoLAN project applications...

The network of the campus of the École Centrale Paris, one of the prestigious French "Grande École" university, has always been managed by a student organisation named VIA Centrale Réseaux.

In 1996, it had a very slow Token-Ring network, but the students wanted an upgrade. They found investors at the condition that they could justify the need for a new network...

Therefore, they decided to push Video on the network...


Remember, this is 1996, were your average Pentium couldn't decode a DVD and when Youtube and Google didn't exist...

This student project achieved his goals in early 1998, and a new network came.

As it was successful, it was decided to go on the project.

And they restarted the project from scratch, in 1998.


But in the mind of open source and modularity.

This is when the VLC media player that you know of, was born.
If you look at the first commit of the repository, in August 1999, you'll see that the most copyright indeed is from 1998.

As VideoLAN was a student project, the university had moral rights on the software produced.

Thanks to the students and Professor Jean-Philippe Rey, the direction of the university allowed the switch of all code produced to GPL.

The letter from Mr. Gourisse was signed on February 1st, 2001.

Afterward, the project has went on, with students and then volunteers from around the world.

The project, has, of course, left the university and is a backed-up by a volunteer non-profit organisation.

Today, VLC averages 24 million downloads per month (including two-third of updates) and the user-base is counted in tens of million.

The website design was done by Argon and this project was sponsored by netzwelt.de.

It is still a work in progress, but we'll keep working on it with your help.

Day 3: A cool video about VLC

For our 3rd day, we'd like to share a video that we think should be more known.

Day 4: The best skins for VLC 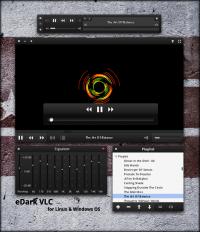 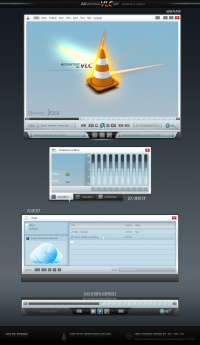 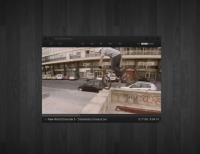 Day 5: Small photo from the VideoLAN team from FOSDEM


For our 5th day, we'd like to share a small photo we've done during the FOSDEM conference, where some people from the VideoLAN team met today, and tomorrow.

The picture is taken in front of the huge Brussels green cone. 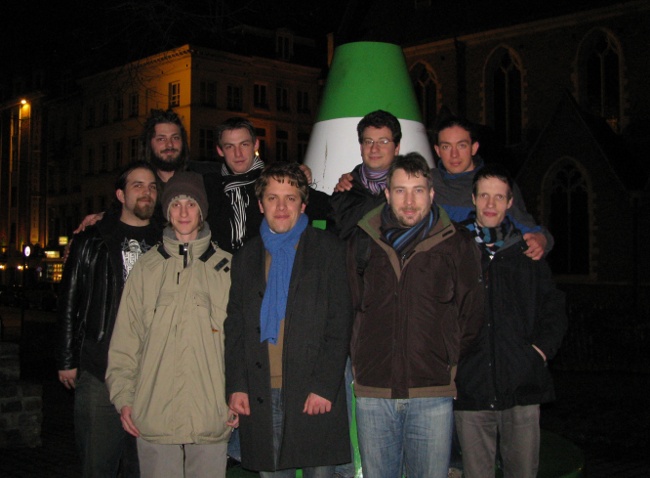 For our 6th day, we'd like to speak about extensions for VLC and provide a few.

Extensions in VLC are not very popular yet, because we are missing a few functionnalities.
Still, some are already cool to use.

Extensions in VLC can add new features that we don't want to support in the main core, or that we cannot.

This small extension allows you to get subtitles directly from web databases
Download it now!

NB: the legality of the use of these extension is not clear yet. If you have any info, please share with us.

This extension will find the similar files in the same folder (like for TV shows)
than the file playing and add them to the playlist.
Download it now!


Sorry, but because of the FOSDEM event, this day 6, that was supposed to be out on sunday, went out on monday :D

Day 7: Cool thing to do with VLC

For our 7th day, we'd like to show out feature of VLC that you probably don't know about.

One of the most useless feature of VLC is the Colored ASCII mode. To use it:
- vlc -Acaca
- Preferences → Video → Change "output" to "Color ascii-art video output".

Running with no interface

If you like the MPlayer usability, or if you want a VLC with no interaction, you should use the dummy interface:
vlc -Idummy or cvlc.

You can also approach this mode with the Interface Preferences options: change to "minimal starting mode".

You can record, transcode and stream it too!

Use the interactive zoom

Did you know about the interactive zoom filter in VLC?

To use it, play a video, then
Tools → Effects & Filters → Video Effects → Geometry, tick "Magnification/Zoom".
Use your mouse in the top left corner to have fun with it!

For our 8th day, here is a small collection of nice cones.

From the creator of the actual VLC icon, here is a new one.

A small cone with a translucent film strip around it. 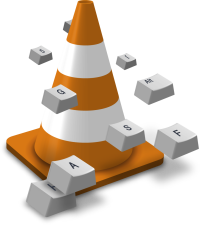 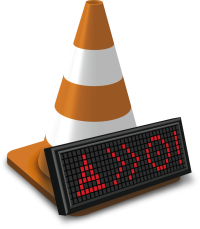 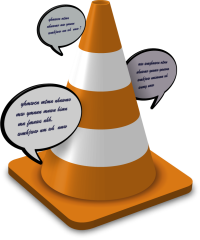 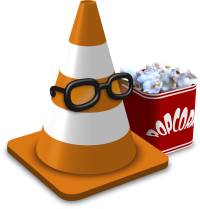 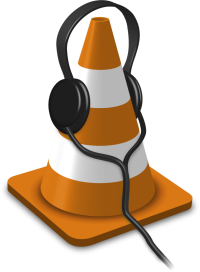 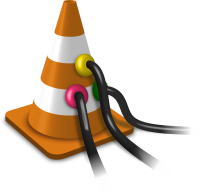 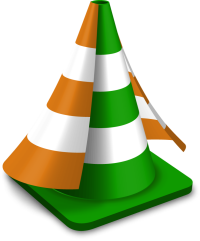 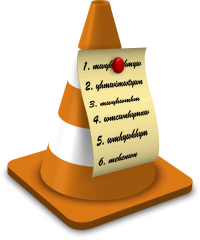 For our 9th day, we'd like to speak about numbers.

The number of committers metric is too often discarded, in open source projects.
We believe this is a good way to mesure the popularity of a project.

The official commiters are the ones who have or had write access.
They are 48 of them, but most of them are inactive, those days...

The external commiters are people from the community, who send patches. There patches are then applied into the main repository, by other committers.
They are more than 500 of them, during the first 10 years of the project.

The download numbers are always inaccurate, because many downloads are not counted:

When we mainly used our own set of mirrors, we had counted 440 million direct downloads.

Those downloads were done between December 2004 and June 2010 and did not include updates.

Since last june, we are using SourceForge for distribution, especially in order to have a 3rd party counting the downloads.

As you can see, VLC is already at the 4th position, on the Top Downloads, For all time of SF.net.

The numbers are over 191 million, but are including signatures and updates.
The actual numbers are thefore closer to 74 million direct downloads, over the last 7 and half months.


That would make the total at around 514 million direct downloads.

As VLC is not phoning home when one uses it (for example, proprietary players like RealPlayer or DivX do), we cannot know exactly the exact userbase.

We can only guess from the download numbers... Do your own estimation then :D

For our 10th (and last) day, we'd like to share a short promo video done for VLC.

This video was created and directed by a team of French students, realised by a group of technical volunteers and shot and produced by Holistic Productions.

Since all the work on VLC and other videolan projects is done by volunteers in their free time, we welcome donations to help us manage the software. Donate now!